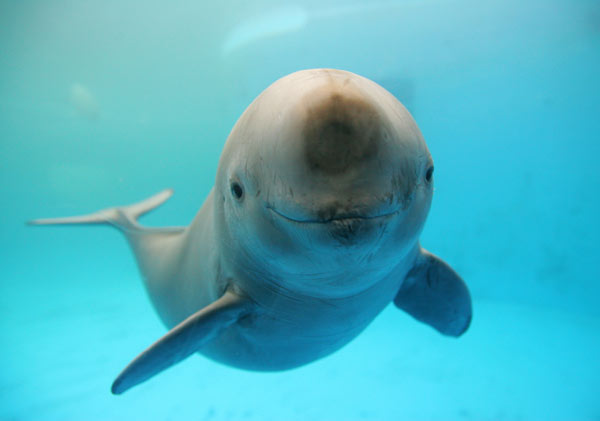 Back in 1996 the Harvard Business Review published Building Your Company’s Vision, by Jim Collins and Jerry Porras, and the business world was given instructions on how to leverage meaning for results.

The article more deeply explored the author’s ideas about what a great company’s “core ideology” looks like, why it matters, and how to create one.

This was a concept from their critically acclaimed book Built to Last, which presented findings from a study of 18 exceptional companies that had greatly outperformed the stock market over 60 years. It was found that all these companies had a core ideology (purpose and values), that remained fixed, while their business strategies continually adapted to the changing environment.

The authors’ specific set of instructions on how to define a company’s core values and purpose set off a 20-year tidal wave of executive workshops across the business world. It’s now become common wisdom that every great company has documented the purpose and values from which they operate.

At the same time, the people working in these companies also see that there’s a difference (and often a major difference) between what’s written on the walls, and what’s actually happening in practice.

It’s also been a disillusioning experience for the executives, who found that writing down the ideology was the easy part. Hiring people who genuinely share the same beliefs, and holding true to the ideology in all practices proved to be extremely difficult.

When the team here at Fitzii decided to adopt a “Teal” self-managing structure in February of 2014, we also bought in to a different way of looking at the purpose and ideology of our company.

It all came about after we discovered Frederic Laloux’s ground-breaking book, Reinventing Organizations, which starts by describing different organizational paradigms in existence (each one labelled a color). The book then deeply explores the newest paradigm, called Teal, and what it looks like in practice.

We’ve been building practices at Fitzii in these areas and then blogging about our experiences with them. After a recent post that reviews our first year without a top-down structure, we received this nice comment (and nudge) from the author of Reinventing Organizations:

So voila Frederic – here’s our thoughts on how Fitzii has shifted into an evolutionary purpose.

But First, What the Heck is Evolutionary Purpose?

In the Teal organizational paradigm, no one person or team of people runs the organization. The company is a separate entity, like an ecosystem, which moves collectively and organically. We are all stewards of the organization, listening to where it wants to go and helping it to fulfill its purpose.

For organizations like Fitzii, the purpose of the company isn’t dictated from above, or ever set in stone. Rather, the purpose is considered to be evolving as the organization evolves. In this view, no one “creates” the purpose. It changes as people’s own callings, beliefs and passions changes, and at any point people can “listen” in and try their best to document it.

There is an excellent wiki about Teal and Reinventing Organizations, whose page on Evolutionary Purpose does a better job of explaining how it works. It also presents the difference between evolutionary purpose and a typical mission or vision statement:

“A vision statement usually reflects the ego-driven state of consciousness of the management team, who decide what they want the organization to be. The evolutionary purpose of a Teal organization reflects the deeper reason the organization exists. It relates to the difference it wants to make in the community it operates in, as well as in the marketplace it serves. It is not concerned with competition or outperforming others; it is serving the ‘greater good’ that matters.”

This ends up feeling very different for the people inside the company, as “the ego driven desire for self-preservation is replaced by a powerful drive to do work that has meaning and purpose. The concept of ‘being the best’ becomes a hollow aim unless the organization is doing something worthy of the energy, talents and creativity of the people who work there.”

For someone like me, who had previously felt compelled to create purpose statements, define core values, and attempt to “create” culture, it’s also taken a major load off my shoulders. Instead of trying to force things on the organization, I simply need to do my part by listening to it, and trying to make the most positive impact I can.

Listening for our Evolutionary Purpose 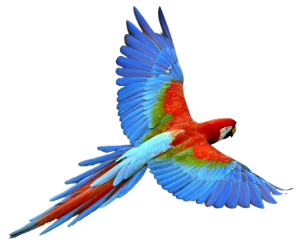 In the summer of 2015 the entire Fitzii team went on a two day off-site in which one session was our first attempt to listen to our evolutionary purpose, and then discuss and document it.

The format was pretty simple. Ahead of time we were are asked to reflect on and evaluate how we’d done in the three elements of our currently documented purpose, which was:

Then in the session we used sticky notes to capture everyone’s feedback, before we grouped and synthesized them. In the discussion we had some realizations, like how we could have put more focus on helping jobseekers.

We also checked in with everyone about whether these three elements were still an accurate description of our evolving purpose (they were), and whether we needed to add or change anything. In that discussion, we realized that we had actually sprouted another branch of purpose. There was a lot of energy around leading by example and doing our part to help “make business better for people and planet.”

After the dive into our purpose, we also did the Vision and BHAG exercises that Collins and Porras described in their article. But instead of locking these ideas down and writing them on the wall, we took them to be the current collective sense of where we hoped to go, and was subject to change.

Even though we didn’t come away with any fancy posters, it was a highly valuable exercise, because we had a few realizations that ultimately impacted our evolving goals and strategies.

We also realized that we deeply care about eventually being a model business and leader in the Teal movement, who could help other organizations make the jump into this new paradigm. Hearing these things so clearly from the group then led into the objectives and strategies that we adopted in the shorter term.

Driven to Make the Most Difference

It was not only valuable to engage with our evolutionary purpose at the annual off-site. Our purpose is always there, crafting our orientation, and informing decisions.

One way that the new view towards purpose changed things was when our business went through a major pivot. We realized that our current offering was too similar to other technologies, and was in many cases serving clients who were already hiring quite well. If we didn’t exist, some other company would fill our place, and the world wouldn’t be much different.

We were led by our purpose to explore not just what would be most profitable, had the most revenue potential, or was the surest path to success. We looked for a market whitespace where we could best serve the under-served, and make the biggest impact on hiring effectiveness.

We had seen that smaller organizations are spending twice as much per-hire as large companies, with worse results, because they lack the advantages of dedicated recruiters and fancy tools. There isn’t a single company offering totally free hiring software + affordable services for these smaller organizations, so within our purposeful context it was a relatively easy decision to completely pivot our offering.

Another noticeable shift as we adopted an evolutionary purpose was predicted by Laloux when he said that Teal organizations are “not concerned with competition, or outperforming others”.

I’d say that before we shifted into Teal we definitely had a sense of who our competitors were, and how we compared to them. We were driven this way by a sense of scarcity – we were after the same customers who would only pick one provider.

Our views changed as we focused on the greater good, created a truly differentiated offering, and worked to help clients who didn’t have comparable options otherwise.

Other companies that had been considered competitors are now more like allies helping to address some of the same problems, but in a different way. Instead of scarcity, there is an abundance of opportunity for anyone to help solve these hiring challenges. Improving hiring success rates for small organizations isn’t a job Fitzii can do alone, and if we encounter a potential client who isn’t the right fit for our services, we’ll happily recommend others.

The Evolution of our Evolutionary Purpose

There’s been a big shift at Fitzii, but of course it’s not all unicorns and rainbows.

In his book Tribal Leadership, Dave Logan presented a framework of this shift from a competitive company orientation (Stage Four), to a cause-driven allies view (Stage Five). Logan states that few organizations get into this Stage Five orientation, and stay there for long periods of time. This has been our experience as well.

We’re not consistently of the same bigger purpose view at all times. Each person at Fitzii operates from unique perspectives and drivers. We’ve each had times where we’ve succumbed to pressures or fears, and adopted a scarcity or ego-driven mindset. Our documented purpose is always there with the potential to lift us up and out of these lower spaces, but our collective purpose is a helluva lot messier than those four aspirational elements.

I believe that our shift to viewing the reason why Fitzii exists as evolutionary, instead of fixed, has made a great difference to how meaningful our work is, and also to how effective we are. It’s a journey in and of itself, as the adoption of this perspective is gaining steam, and we’re getting better at listening instead of advocating, and operating more from our drive to serve, and less from self-preservation.

Again, Laloux nailed what it has been like in a passage from Reinventing Organizations:

“With the transition to Evolutionary-Teal, people learn to tame the fears of their egos. This process makes room for exploring deeper questions of meaning and purpose, both individually and collectively: What is my calling? What is truly worth achieving? Survival is no longer a fixation for Teal Organizations. Instead, the founding purpose truly matters.”

If you have any questions about how purpose has been evolving at Fitzii, or if have your own experience with organizational purpose to share, we’d love to discuss this further in the comments. And of course, we’d also like to hear how Frederic thinks our practices compare with other Teal organizations (consider yourself re-nudged). 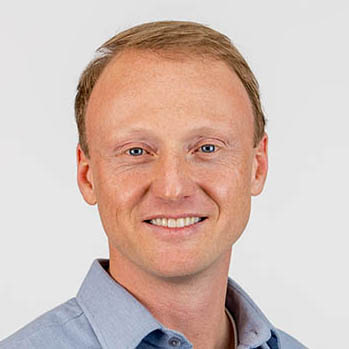 Edwin is a marketing leader and general ruckus-maker at Fitzii. 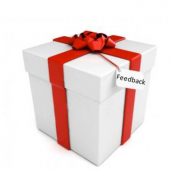 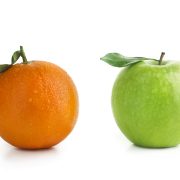 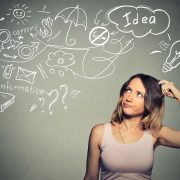 Our Solution to Any People Problem: Do a RAP (Role Advice Process) 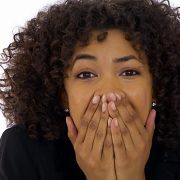 10 Surprising Things About Work Without Bosses 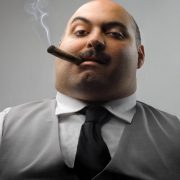 We Eliminated Management!... see what happens 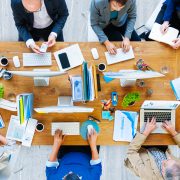 How our Team Meetings Went from Average to Awesome
11 replies 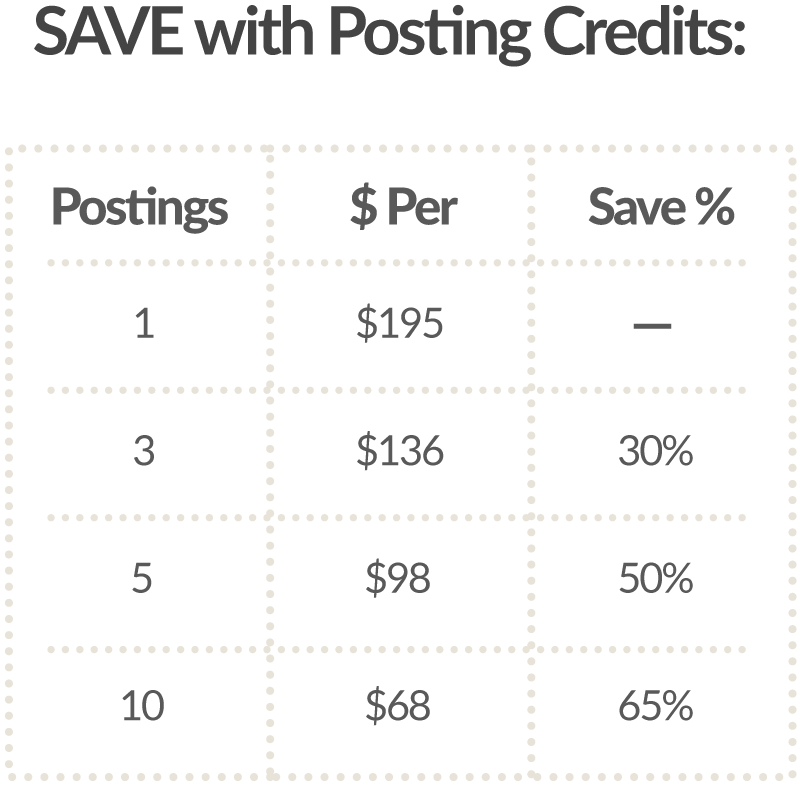