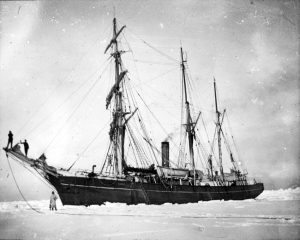 In 1914, Ernest Shackleton, the famous British Antarctic explorer, led a team of 28 brave souls on an expedition to make the first land crossing of the Antarctic continent.

In an epic feat of endurance this team suffered the most horrific hardships imaginable and defied the odds to make it back alive.

A lot of business leadership lessons have been gathered from Shackleton’s mission, but like any great organization Shackleton first needed to do some excellent recruiting to make it all possible.

Legend has it that this is the job ad that appeared in a London newspaper in 1912: 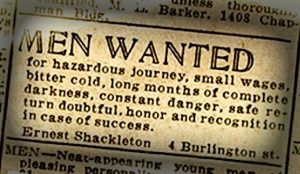 Allegedly more than 5000 men (and three women) found this job ad irresistible. So what can we learn from it?

Let’s look at the ad through the lens of the S.U.C.C.E.S model of communications that bestselling authors Chip and Dan Heath popularized in their ballyhooed book Made to Stick.

S is for Simple

A simple job ad is one that emphasizes the essential things. People don’t remember laundry lists of responsibilities but they’ll engage with a simple message that sayswhat the job and organization are really about. One way to test whether your ad is simple is to have someone read it and then tell you about it an hour later (like a candidate will tell their friends). In Shackleton’s case, the message couldn’t be simpler – this was definitely a “hazardous journey”.

U is for Unexpected

The best job ads get noticed (and shared) because they grab you. They stand out, and ideally they create some curiosity. Shackleton grabbed his readers but stopped short of telling them everything (wait, where’s the mission actually going?). We want the job seeker to take the next step and curiosity is a primary motivator.

C is for Concrete

The Heath brothers say that being concrete is all about using sensory language and vivid details that will paint a mental picture. Taking on a new job is one of the most important decisions a person makes, so they’re keen to understand exactly what it will be like. Shackleton’s ad couldn’t get any more concrete than “bitter cold and long months of complete darkness”. Um, gulp.

C is for Credible

Being credible is all about letting people see some proof about your claims, like citing third party awards, impressive stats, or testimonials from existing employees. Another credibility booster is to create a Realistic Job Preview (RJP), which can improve attrition from 3–10%, by objectively outlining not only the positive aspects of the job but the potentially negative or unique ones as well.When candidates see the RJP early in the process, they more readily believe your overall message, and they apply with their eyes wide open — just like the Shackleton team who were ready for “small wages” and “constant danger”.

E is for Emotional

The best job ads attract those people who will deeply care about the work that the role and organization are doing. You’d much rather have someone working for you because they care than someone who’s there for the money, so be sure to highlight the “why” of the organization and the impact the role will make. Shackleton’s ad ended by answering the all-important “what’s in it for you” (WIIFY) question with the understated “honor and recognition in case of success”.

S is for Stories

Story is one of the oldest and most important tools humans have invented. In the words of the Heath brothers, “stories drive action through simulation (what to do) and inspiration (the motivation to do it)”. By telling a story of what it’s like to work somewhere, candidates can better imagine themselves in the job. This will attract the right people and repel the wrong ones. In Shackleton’s ad, “safe return doubtful”, certainly separates the heroes from the wannabees.

Shackleton’s job ad weighed in at only 26 words but it packed an amazing punch. Writing this compelling job ad meant he had exactly the right team to face and survive a dangerously epic mission. It meant the difference between life and death, just like hiring is the lifeline of every organization.

And by the way, in interviews Shackleton also took an interesting approach that made all the difference to his voyage. Among other things, he asked every applicant whether they could sing. Singing sure came in handy when they were freezing their tushes off! 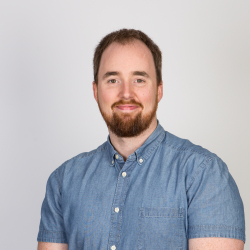 What’s the Best Day to Post a Job Ad?
Scroll to top