James is a singer, a songwriter, and a classically trained musician.

As the co-founder of the folk duo, Ash & Bloom, James spent 10 years on the road touring and making great music.

Despite finding real success in the industry, James was feeling the effects of a life spent living in motel rooms and touring vans.  Personal relationships were suffering, other pursuits and passions (the ones that actually refreshed and fueled his musical creativity) were falling by the wayside, and the stress and effort of becoming successful was changing who he was.

When James looked in the mirror, he didn’t like the person he found looking back. He was faced with a life defining choice – continue his pursuit of musical success despite the personal cost, or find another line of work that would help him to be healthier and happier, at the expense of leaving the music industry behind.

For James, the choice was obvious. And that choice led him to Fitzii. 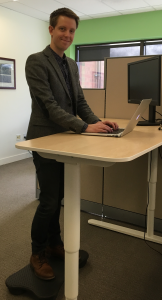 The recruiting world knows what a false positive is. That candidate who looked terrific on paper, sounded great in the interview, and when they got on the job… well, let’s just say it’s back to the drawing board.

Unfortunately, everyone seems to have these hiring horror stories, and every company who finds themselves in this situation pays the price. And if you’re the owner of a small business, you can’t afford the cost of a false positive.

But what about the false negative? The one who got away, because the hiring manager didn’t like the resume, or the computer keyword search screened out the application. Not only has your company lost out on a great hire, you also face the possibility that your competitor may benefit from your mistake.

So how do hiring managers avoid costly false positives, not lose out on potentially great candidates, and at the same time, maintain an efficient and cost-effective hiring process?

Answering that question is exactly why we created the Fitzii Assessment.

After James left the music industry, he was faced with a daunting task – finding a “real-world” job, without any applicable “real-world” experience. He knew he had great instincts for business, and was willing to work really hard, but his only other experience outside of music was working part-time in a cabinet-making shop.

James didn’t stand a chance by traditional hiring standards. But, he actually scored pretty well in the Fitzii Assessment.

Each and every one us at Fitzii believes that by finding great fits between candidates and employers and connecting more people with meaningful work, we can help move the needle on that sad stat – that most employees aren’t engaged in their jobs.

With this in mind, the Fitzii Assessment was created to address what we believe to be the single biggest barrier to finding great matches for open jobs – resume screening.

The HR world has long known that resume screening doesn’t work. Back in the late-90s, a meta-analysis was done of 85 years of various studies, covering 19 different employee selection methods and their correlation with overall job performance. This landmark investigation found that the only way to have a good chance of hiring success is to combine multiple “predictively-valid” methods of selection. Things like work sample tests, structured behavioural interviews, skills and experience scoring, and psychometric tests all scored well (over .31) in predictive validity.

Resume screening, on the other hand scored just .18, one of the lowest of all selection methods; barely better than flipping a coin.

So instead of just collecting the resume and forcing hiring managers to look through them one-by-one, the Fitzii Assessment takes applicants through a 10-15 minute evaluation using attributes which are predictively valid.

The first section is a skills and experience review, which replaces resume screening with a standardized review of the qualifications hiring managers are looking for.

The second section is a personality (psychometric) test, which evaluates whether the person has the right traits to both enjoy and succeed in that particular job. Fitzii’s psychometric partner has correlated personality with success for more than 15 million employees over the last 30 years to create these predictive benchmarks.

And finally, the third section is about work-environment fit, where the candidate’s preferences for the type of culture, management style, and environment are compared with the role. This isn’t scientifically predictive, but can be a great indicator of red flags.

And it all comes together in a custom interview guide, where you can view the “Impact Statement” (the difference they want to make) of each candidate, and use recommended behavioural questions for a structured interview (another one of those high scoring methods).

The goal of the Fitzii Assessment is to see every candidate as a “whole person,” and help identify those who are most likely to both enjoy and excel on the job. The traits that underlie an individual’s personality are much more highly correlated with success on the job than a set of duties listed on a resume. Plus, it’s very easy to exaggerate and mislead on a resume, but far more difficult, and unlikely, to hide the characteristics that actually build a personality type.

James’ experience in the job market underscores the issue.  “I feel like the traditional application process is a sham on both sides. The employer pretends they want somebody perfect, and the applicant pretends to meet those standards. If both sides were honest with each other, they would both have more success at finding a real fit.”

Fitzii’s Hiring Success guru, Luz Iglesias, agrees. “The act of writing a resume is a deception in and of itself. The applicant isn’t telling the employer who they really are, and the employer is pretending that all that really matters is what’s written on the resume.”

One of the (many) problems with this model is that hiring managers hire candidates based on the resume, but fire employees based on personality. A recent study found that 46% of newly-hired employees failed within 18 months, and only 11% of them were unsuccessful because of technical competence – the vast majority were due to personality and attitude.

“Of all the competencies that predict on the job success,” Luz Iglesias says, “the two that are most highly correlated – the ones that neither employer nor employee can live without – are integrity and conscientiousness. And a resume doesn’t tell you if the candidate possesses those traits.”

If any other hiring manger had even seen James’ resume, they would have dismissed him immediately. They would never have seen that James’ personality traits predict that he is a hard-working, meticulous, and proactive problem solver with a high drive for results.

“I find it incredible,” says Luz, “not only that Fitzii found James, but that no one else was even willing to look at him. In James, we have a fantastic employee who contributes to the success of the business in a meaningful way, every day. He also complements the culture of the team in a way that makes everyone else better.”

This is what Fitzii does. This is how Fitzii is trying to make the world a better place, one hire at a time.

So let me tell you a story. A story about a guy named James.

James is a customer support specialist, a content creator, and a project manager at Fitzii.

Since coming to work with us, he has brought tremendous purpose, vision, and value, both as a co-worker and a friend.  He has made Fitzii better, and has found the kind of meaningful, fulfilling work that we believe all job-seekers deserve.

Oh, and that music thing?  He hasn’t entirely left that behind either. 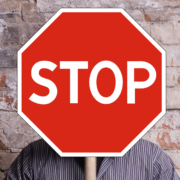 The ATS is Dead, Long Live the ATS 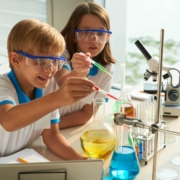 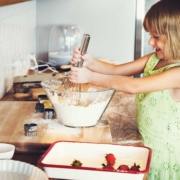 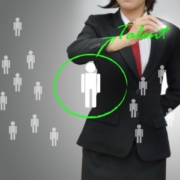 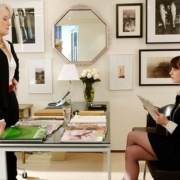 How to Hire a Great EA 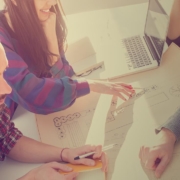