On February 14th, the Fitzii team celebrated our own special holiday – ValenTeal’s Day – which marks the second year we’ve been operating without any managers. 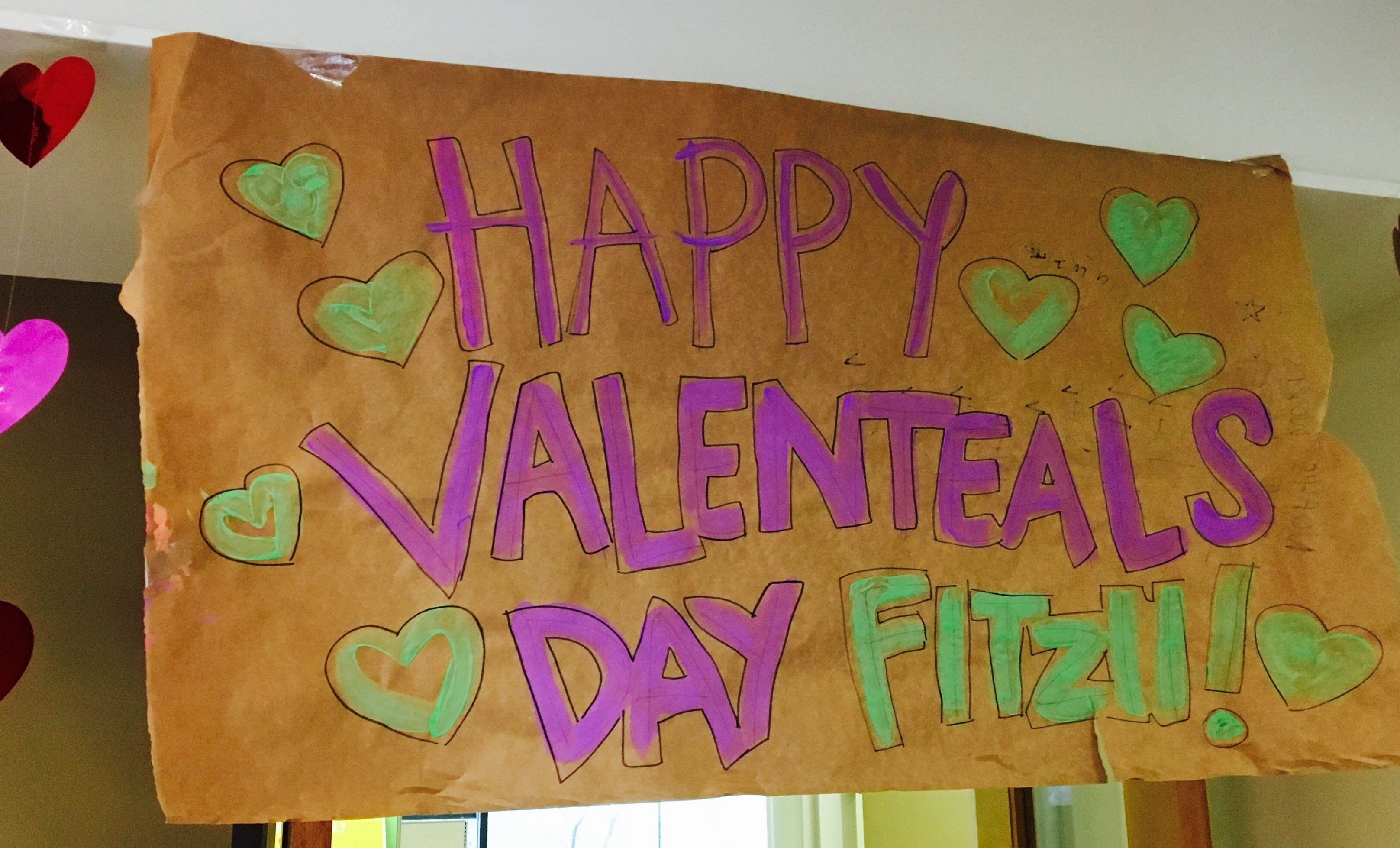 Actually, we haven’t just been operating without managers. We’ve been growing and thriving – as a business, as individuals, and as a team.

Now that we have two years of self-management under our belts, we thought it might be fun to poll the team and share the most surprising things about our boss-less work experience.

We make more (and better) mistakes.

Matt from our Hiring Success team originally thought “that self-management would rescue us from our missteps.” Not so much. He found the opposite instead:

“We make more mistakes, not fewer. What surprises me is that mistakes are something we can be proud of. The problems I see are mine to solve, and so often I find they’re problems I’ve never solved, or issues that I may find uncomfortable to address. We’re not waiting for approval from a manager to act, so there’s more activity, more decisions, and yes… more mistakes. With each mistake, there is more learning and development, and we’ve become closer and stronger as a team. There’s also a peer pressure to push yourself. Remaining stagnant would mean being noticeably less engaged than your peers – fighting the current that is pulling all of us to our better selves.”

People pay themselves less (not more).

Edwin (that’s me!) from our Growth group loves to write in the third person, but that wasn’t surprising to anyone. What is nearly always a shocker for other people is to hear that even though each Fitziite owns the decision of how much to pay themselves, there has not been a single person who has taken advantage of that – in fact, the opposite is largely true:

“Giving people the responsibility of deciding their own pay is like a Jedi mind-trick that has resulted in almost everyone paying themselves less than they would be asking for if it was their manager’s decision. When it’s your call you end up factoring in many more things into the decision, and you feel an incredible sense of responsibility to your team-mates and the business to maximize your ROI”.

It’s survival of the fittest (ideas).

Ron, from our Hiring Success team, has noticed that “there are far fewer bad decisions that get made”, which is surprising because:

“You’re generally led to believe that managers are in place, partially because they have the ability to make better decisions. But the truth is, they are just as prone as anyone else to make poor decisions based on ego or emotion, and without necessarily having the most accurate, relevant, or contextual information available. And the further up the ladder you go, the further removed managers are from the reality their decisions affect. The way we work at Fitzii removes many factors that can lead to poor decisions. Everyone in the company has access to all the information as it relates to any decision. Everyone can provide feedback and opinions without fear. Bias, ego and social pressure are removed thanks to our decision-making software (Cloverpop). The result is that important decisions are made transparently, logically, and in alignment with company values and goals.”

And Luz, also from our Hiring Success team saw a big difference in how good ideas rise to the top:

“In a traditional hierarchy, powerful ideas win. Ideas that are supported by senior people, or people with access to resources of one kind or another. In a self-managed organization, I think the best ideas tend to win, ideas that are supported by the people who are close to the action and understand what needs to happen. At the same time, bad ideas die, which is really useful. It means your resources get directed to the things that matter.”

Jaoued from our Growth group was “very surprised” by the level of engagement of each team member, and how well-coordinated it all felt.

“At the beginning, you might think that because there is no manager, there is less orchestration. Maybe people won’t have a clear vision of where to go, and then will be slower and less motivated, rigorous, or hard working. I was surprised because there is none of that – actually, the opposite is true. And things move even faster than if we needed manager approvals.”

Greg from our Product & Development team also felt “the most surprising thing” is how smoothly things run with no managers:

“You’d think that without the traditional command and control structure in the business, things would get overlooked, targets wouldn’t be reached, and people wouldn’t know what to work on. In fact, people are more engaged, and they’re interested in learning more about what’s going on in areas of the business outside their own. This translates into a broader exchange of opinions, and people speaking up about things they very likely wouldn’t weigh in on in a more traditionally managed company.

Katherine from our Growth team was surprised at how much more ownership she felt:

“I had always considered myself to be accountable in my work, but without managers everything I did from managing my expenses to hitting my targets had to be more carefully considered. The impact of Radical Responsibility was that I started to better understand what it takes to run and grow a business – everything you do can and does have an impact. Greater accountability has caused me to slow down and think strategically on how best to meet the needs of my clients, and my team, but also the business as a whole. It has really helped me grow.”

We expect more from ourselves than a manager.

Edwin the third-person-writing Growth guy was also surprised to find that people expect more of themselves than a manager typically would:

“We created this powerful tool called the Role Advice Process, which basically has a person go around and seek input about how they could improve their impact by making a change to their role or behaviour. This Radical Responsibility we all feel to maximize our impact, and help others do the same, creates a high internal expectation of performance and impact. We had someone put themselves on a performance improvement plan, and we had two people decide to leave the business because they decided their impact wasn’t big enough. I think we’re even harder on ourselves than a manager would be.”

Andy from the Product & Development group felt that the biggest surprise and “one of the most important aspects of our wonderful team dynamic”, is:

“How well received differences in opinions and disagreements were in our team meetings. It was refreshing to see that when people did not agree with a direction we were taking, they spoke up, and the rest of the team listened actively. We embrace our differences and constantly work to improve the team by listening to each person and by making it clear that their input matters. This has inspired people to bring their best and most vulnerable thoughts forward, which has helped our team grow and succeed.”

It sounds a lot crazier than it is.

For Luz in our hiring success team:

“Working without managers sounds crazier than it is. It isn’t chaotic. On the surface, our work doesn’t look that different now than it did when we had a typical hierarchy. People still have roles, responsibilities, make decisions, and so on. People show up, do the hard work, and our activities are well organized. On a deeper level, though, working this way has unlocked purpose, engagement, and satisfaction for us as individuals and a team.”

James from the B Work side of our business felt the same way: “Self-management isn’t the ‘corporate retreat turned Lord of the Flies’ that people are afraid of. Seeing the word “self” can make this all sound a lot scarier than it is. You still have a great support network, there are still natural leaders and lots of practices in place to help bring out the best in everyone”.

As a remote teammate, Lori from our Growth team was surprised by the shift required to adopt the self-management mind-set:

“It’s been exhilarating, liberating, and an extraordinary journey, but it’s also been ‘hard’. No managers mean measuring and maximizing our own personal impact and investment vs return ratio. Radical Responsibility is not a fluffy concept – it’s powerful and challenging. It’s learned through immersion into a total sense of ownership, and that’s been an interesting undertaking to emotionally adapt to.”

Carla from our Growth team agreed that a person’s adoption of self-management can be hard. “It isn’t utopia and it isn’t for everyone. There is usually an awakening before people fully integrate with the self-management belief system”.

It’s a constant work in progress.

Carla also found that the most surprising thing was how new employees reacted to the ever-evolving nature of self-management.

“It was common for new people to realize that our practices and culture weren’t fully baked yet. A few people actually said: ‘I didn’t realize you guys didn’t fully know what you were doing.’ I remember when we started this journey I was also shocked when I saw that our former managers didn’t already have everything all figured out. We’re still very much in the building phase, and maybe it will always feel that way. Maybe that’s the point.”

James from B Work also commented that “self-management combined with transparency amplifies the effect of social accountability. People naturally manage themselves better when they feel accountable and visible to the whole team.”

So there you go – the ten most surprising things we have experienced in our two years of self-management. What do you find most surprising of the surprises? What are you surprised NOT to see on our list? Wish we dug deeper in a particular area?

We’d love to hear from you and discuss in the comments.

Creating Performance Reviews People Love
Three Tools to Unlock Wholeness at Work
Heartfelt Employee Love Letters
Our Solution to Any People Problem: Do a RAP (Role Advice Process)
25 Powerful Books That Shaped Our Company
Confessions of a Company Without Managers (1 year later)
The Good, Bad & Amazing of Six Months as a Self-Managed Company
We Eliminated Management!... see what happens
1 reply